Rewrite settings, and a lot of stuff, I dont remember and too lazy to check the diff

Yep, that’s one of my commits. It instantly tells you quite a lot about me: I write code, forget almost everything in life and I am very lazy. While it may seem like a pretty bad combination, time has shown that you can get a long way as a programmer while being lazy.

I’m Michael, just some random guy from The Netherlands. 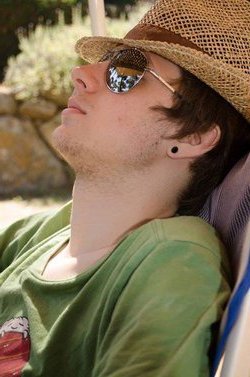 Nice to meet you! If you feel like saying hi back, you’re welcome to do so on any of the social channels linked on the homepage.

A big part of my life has been about programming. At the age of 9 I got introduced to HTML and was so intrigued. Being able to make your own webpage, just by writing a few characters into notepad. Quickly learning about all the quirks between browsers, such as the wonderful <blink>-element which would only work in Netscape & Firefox. After countless weeks of making many webpages I kept running into the same problem: my webpages were boring, stale. This is when I found out about PHP and never looked back. I got heavily invested in making backend systems, writing my own Content Management Systems and eventually an MVC framework at the age of 13. The following couple of years I would continue to expand my knowledge on both HTML/CSS and PHP, using this knowledge to reel in some customers and earning some money on the side.

However, this quickly changed as 2 years later I managed to land my first job at a web development agency. I was responsible for creating backend systems for small to middle sized businesses and several Dutch celebrities, including Peter van der Vorst and Liesbeth List. After a couple of years, my focus switched from PHP to Javascript, as I really enjoyed adding the little interactive touches to websites. This turned out to be a great choice, as years later JavaScript started growing in popularity due to the Google V8 engine bringing more and more performance. Since then I have worked on many clients, ranging from 1-man to multi-billion dollar companies.

I didn’t just focus on frontend, though. Over the years I have played around and made projects in many different languages, including but not limited to: c++, C#, Elixir, Go, JavaScript, node.js, PHP and python. For a peek into my personal projects you’ll want to head over to my GitLab profile.